Look at this image: what do you see?

Well, what’s visible is either a framed black cross (against a white background), or four white boxes against a black background. As you look at the image, one part of it will always stand out to you against the background of the other. It’s impossible to see both at the same time; you can try to do this but you’ll end up frustrated!

The image above (there are plenty of other similar and very famous examples) demonstrates what’s known as figure-ground configuration and neatly shows how our perceptual systems organise incoming stimuli and experiences. For example, when we open our eyes, what we ‘see’ is a certain type of arrangement where some aspects of what’s before us stand out (for example through being colourful or bright), while others aspects seem relegated to the background. This is true at all times, even though of course we can re-configure scenes so that other entities are brought into attention and previous ones become part of the background. What we have is a relationship between a figure (the entity that stands out) and the ground (the de-emphasised background aspects); without this, our perceptual worlds would exist in disorganised chaos!

Figure-ground is a basic rule of attention. We can notice this distinction in written texts too, and there are ways that we can explain how figure-ground is set up and maintained or manipulated. For instance, Peter Stockwell (2009) calls parts of a text that demand attention attractors, and argues that words and/or phrases that have the qualities of newness, largeness, movement, brightness and activeness can all set up, keep or cause a shift in attention. Writers can thus manipulate what they want us to focus our attention on, and what they want to remain in the background. A reader’s attention will be maintained on figures if they are continually repeated or referred to, whilst any shift in attention reconfigures the figure-ground relationship. In fact, we can use this to analyse a text, as in this example from Ian McEwan’s novel On Chesil Beach (analysis paragraph based on Giovanelli 2014: 63)

They were young, educated and both virgins on this, their wedding night, and they lived in a time when a conversation about sexual difficulties was plainly impossible. But it is never easy. They had just sat down to supper in a tiny sitting room of the first floor of a Georgian inn. In the next room, visible through the open door, was a four-poster bed, rather narrow, whose bedcover was pure white and stretched startlingly smooth, as though by no human hand.

At a thematic level, we can use figure-ground to explain broad interpretations of whole texts. For example, readers of Mary Shelley’s Frankenstein, might feel sympathy and admiration for Victor, or see him as an over-reacher and unattractive in contrast perhaps to the Creature. In this instance, one interpretation necessarily becomes the figure and pushes the other into the ground; both readings are of course possible but as with the black cross/white boxes, you can’t see both at the same time, although you can move between them quickly!

Extending the figure-ground relationship to a discourse level, we are also interested in how the organisation of the classroom and the interactions that occur within it might be understood. In short, it’s very easy for teachers (as with writers) to manipulate what becomes the figure and what is relegated to the ground. This can happen when teachers set up tasks that ask students to view a text or an idea from a particular point of view. For example, in a paper we published last year, we looked at how one teacher set up a character study of the Warden in Chapter 19 of Louis Sachar’s Holes by framing her lesson objectives as

In this instance, the teacher had promoted the notion of the Warden as a villainous character as figure, downplaying any other possible interpretations that the students might have wanted to explore from their reading. In our research what we saw was that the figure-ground relationship here seemed to divert the students’ attention towards the teacher’s preferred interpretation that was framed in her lesson objectives. We called this kind of strategy (whether deliberate or not) pre-figuring (Giovanelli and Mason, 2015: 46).

Sometimes pre-figuring can occur as a result of a schema mismatch (see our previous post on narrative schemas). For example, a teacher may assume that a student knows more or less about a text than is actually the case, or even underestimate that their own knowledge gives them a wealth of information that their students are simply not in possession of. And of course, large-scale interpretations themselves (as we saw with the example from Frankenstein) can also be understood through a figure-ground relationship. If we scale up the figure-ground relationship in this way, we are acknowledging that one interpretation will, at a given time, have prominence over another. Just who then gets to decide whether one interpretation or another is the focus of attention in the classroom? It raises the question of thinking carefully about what is figured as being important, and consequently legitimised in the classroom.

What’s on the wall?

Finally, classrooms are dynamic spaces where many other factors can influence what gets given prominence. How, for example, might the following pre-figure certain ways of thinking and legitimising interpretations?

Are displays put up because they’re attractive and eye-catching, or because they contain the latest ‘buzz words’? What do they say about what a teacher values, the books s/he reads and the kinds of official and unofficial documentation that is foregrounded? If so, how might they be responsible for pointing students towards what’s considered to be important in the classroom? 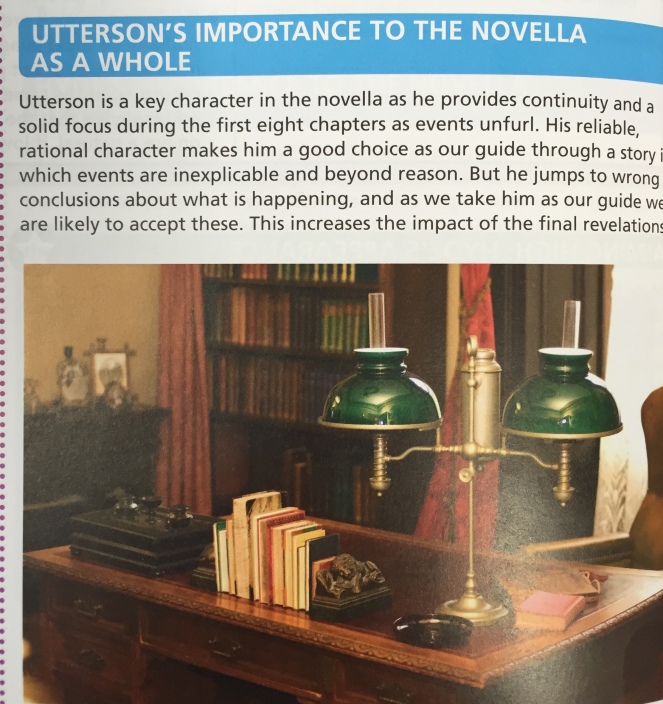 2 thoughts on “Attention in the Classroom!”

We are two university researchers interested in making links between cognitive linguistics and education. We have set up this blog to share our research and ideas, and generally encourage new ways of thinking about literary study in the classroom. The kinds of topics this blog will discuss include: literature and the mind, thinking about teachers and students as readers, the classroom as a reading environment, what is ‘English’ for and how current ideas in cognitive linguistics can support and inform teachers’ day-to-day practice.